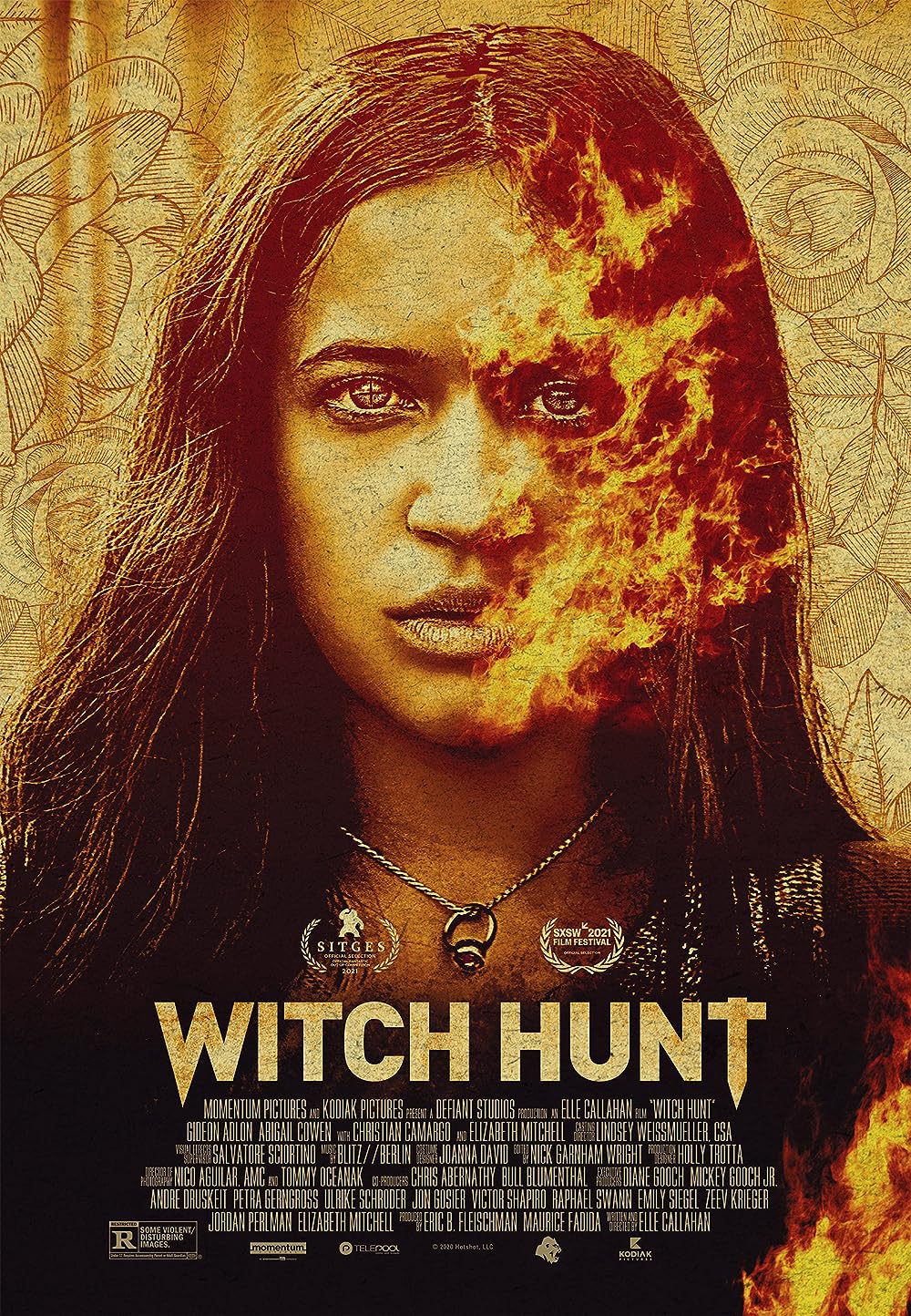 What is your background? Fine Art and visuals for raves. Painting led me to getting involved in raves in the late eighties in London, and that led me to Computer Graphics with the aid of a couple of computer scientist friends. In I took my first job with the Computer Film Company in Soho, London. How did you get involved on this show? Tom Elder-Groebe, the shows VFX producer asked me to read the script and talk to Breck Eisner and Bernie Goldmann.

Tom is one of my favorite partners in film making and life. We worked together for the first time on NOW YOU SEE ME. And now we try to work together as much as possible. How was your collaboration with director Breck Eisner? It was great. I consider my job as primarily to support Breck whilst planning, shooting and posting the VFX work. Secondarily is to help him organize his shooting methodology, and to interface with Dean Semmler DP , Julie Berghoff Prod.

Designer , Peter Chesney SFX and Justin Raleigh Special Make-up FX to achieve them best result we could for the film. Thirdly, my role is to also support the VFX Companies Rodeo FX , Luma Pictures , Method Studios , Cinesite , Image Engine , Lola , Synaptic and Big Sky we hired to do the work. I like to give as much access as possible between Breck and the vendors, but ultimately my team and I are the main interface between these companies and Breck.

Lastly, I apply my own aesthetic and common sense to the ideas that come from the above. What was his approach about the visual effects? He wanted lots of them! To work within our budget, we had to be very smart about how we shot. I spent a lot of time with Breck and Mac Carter 2nd unit DP planning shots to have as much as possible in camera plates, elements etc. We pretty much covered the gamut of types of VFX shots, so we boarded and discussed shots in detail.

The thing that Breck gets about VFX is that behind all the machines, pipelines and techniques, he wants to know that there is an artist running the show. Once he felt confident that this was the case, we were let off the leash. Can you describe one of your typical day on-set and then during the post? One day someone tells you that you can join the Circus and that you can hang out with some of the coolest and most interesting people out there.

So, no pressure! Can you tell us more about the previs work? The Third Floor were hired in prep to previs a number of the intro medieval fight scenes. And then after the shoot, they helped us with some concentrated post viz for the Shadow Witches. Their work was invaluable in getting our first initial edits and previews. How did you design and created the Witch Queen massive tree?

That was pretty straight forward. Breck had already hired Vance Kovacs to concept the Tree, In fact Vance designed much of the film. He is also a solid zBrush artist, so we simply handed over his concept work to Ara Khanikian and his team at Rodeo FX, and leaned on Deak Ferrand to follow the concepts through to completion. What was the real size for the Tree? Ha… whatever it needed to be quite honestly.

We did start the project trying to be precise about the Trees height around 50 stories. But that evaporated quickly as we started composing shots. Of course many magic is seen in the movie. What references and indications did you received from director and the art department? Much of the magic comes from the script. Julie gave us a lot of support with Runes and graphics designs.

But the main tack that Breck and I decided on was to keep the magic FXs looking as mineral, chemical and arcane as possible. How did you approach the big creature The Sentinel? Once again, Vance was instrumental in the initial design phase of the Sentinel. His concept led to Julie building a life size replica of the Sentinel, that was used as a practical element in a few shots, but also — and importantly, it acted as lighting model that was driven through the tunnels as a reference pass.

Gold dust! The first thing to consider with the Sentinel, is that it is not alive. It is collection of bones, wood and detritus held together with the will of a spell. So we thought it would be fun to make a creature that is more automata than flesh and blood. So our Sentinel is constantly shifting its skeleton, sometimes 6 limbs, sometimes 2, flipping, inverting and reforming like a primordial Transformer.

We need some very smart animators to help us with this.. They loved the ideas and showed some much enthusiasm for the project, that the job was theirs at the first meeting. Can you explain in details about its creation and especially its animation? Really, I should refer you to Vince and his team at Luma. They developed a pretty spectacular rig that provided for all the collisions required as the wood, bone and crap grinds, and then were able to rig it to a transforming skeleton in such a way that Raphael and the animators could work fast and effectively blocking out our and their ideas.

Our singular direction was always to make the Sentinel feel like a relentless machine or Golem and not a living creature. It would smash or break through its own limbs before it would ever halt on its singular purpose. How did you manage its interaction on set and with Vin Diesel? That was tricky. Mainly we worked with the Stunt Performers who doubled Vin to ride a fantastic mobile motion base built by Peter Chesney, that was towed through our mine locations.

Most of the actual shots with Vin were either shot green screen at a later date or with a CG double of Vin. The Witch Queen can control big swarm of flies. Can you tell us more about them? Holger Voss and Stephane Paris of Cinesite did the lead work on these flies, Rather than an uncontrolled swarm, we wanted a dynamic that felt that it was controlled by the Queens magic. So they developed a swarm look that was somewhat Calligraphic in nature, and would flash between black shellac and red for effect.

There work was then developed further for new sequences by Rodeo FX and Method. The faces of the cast is affected many times by black magic. Can you tell us more about that? Much of that was decided later in post. The initial feeling after the directors cut, was that LWH needed more magic. So we went about adding facial effects and others to enhance the magic element of the story.

Luckily, we over collect when scanning actors, sets and props, so we were able to facilitate much of this work easily. Then it was really a case of the best idea wins, with a number of these effects were designed within Rodeo, Luma and Image Engine. The overall aesthetic was to think about natural decay, rotting, fungus and mold… all important elements to our Witch Queen.

How did you design and created the death of the Witch Queen? She dies twice. Both times Ara and his team at Rodeo designed her death. We had shot some practical smouldering carcasses that Justin Raleigh and Fractured FX built, so we knew what the Witch Queen would need to end up looking like. Rodeo also shot their own ember, flames and rain elements that were used heavily in multiple sequences, and later, shared with other companies.

Their willingness to shot practical elements themselves, is one of the things that makes Rodeo such a great Company to work with. What was the most complicated sequence to create and why? There were quite a number of complicated sequences, some of which were new ideas that we did know about until late in post, So it is actually very hard to single one sequence out.

In my role, I try to keep them all balanced and of equal importance… and then try to find the best people I can, to actually pull them off. Much of my effort is spent persuading and prying cut sequences from the reluctant fingers of the director and editorial, so that work can commence.

The simplest problems can take months, and the hardest shots can miraculously appear in a matter of days. The next most complicated thing is too make sure that our vendors have a clear concept and direction to work too. Without that, progress will flounder. Lastly, I rely on instinct and experience to know if all this effort and work is going to be worthwhile or not… in which case I get on the case as quickly as possible. The most important thing I can do is to know everything all at once, and be economical and efficient in dealing with the whole project.

These various studios are based all around the world. How did you follow their work progress? Ara and Vince are trusted collaborators, we have worked on a number of projects together and are friends. Image Engine and Cinesite are also old collaborators… in fact I have worked at both places at one time. So I know and like their artists and management well. So like most other productions we regularly cineSync and conference as their shots roll out.